Tokyo Xanadu is an upcoming Japanese role-playing video game for the PlayStation Vita. The game plays as an action role-playing video game with many elements from the Persona series of games. It has a party-based battle system with randomly generated dungeons. An enhanced version, titled Tokyo Xanadu eX+, was developed for PS4 and Windows. It has a new playable character with new scenarios, enemies, bosses, and dungeons. It also includes two new play modes, Time Attack and Boss Rush. 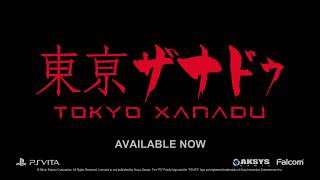