Backlog
Those who own races from the first two games will have the same races unlocked for multiplayer in the third game; a combined world map, similar to the "Mortal Empires" campaign in Total War: Warhammer II for owners of the first two games, will also be developed.
Posts Ratings Similar List ⋮

Those who own races from the first two games will have the same races unlocked for multiplayer in the third game; a combined world map, similar to the "Mortal Empires" campaign in Total War: Warhammer II for owners of the first two games, will also be developed. The races announced with the game are the human civilizations of Grand Cathay and Kislev , and five Chaos factions - four devoted to each of the Chaos Gods , and the Daemons of Chaos, led by a Daemon Prince that can be customized by earning "Daemonic Glory" through the course of the campaign. Another race, the Ogre Kingdoms, will be made available to "early adopters" . The main campaign takes place within the Realm of Chaos, said to be the source of all magic in the Warhammer Fantasy setting. Game director Ian Roxburgh has said the campaign map will be "twice the size" of the Eye of the Vortex campaign map that appeared in Total War: Warhammer II. During the end of winter in the lands of Kislev, Ursun, the Bear-God, would break winter with his roar and bring forth summer. Ursun claims that he has been imprisoned in the Howling Citadel, located in the Chaos Wastes. Yuri travels with his brother and his army to the Chaos Wastes to free his god, but is slowly corrupted by Chaos in his methods to reach Ursun's prison. Eventually, Yuri murders his brother, Gerik, and offers his skull to a Greater Daemon of Khorne to build a bridge of skulls to cross the Howling Citadel. Yuri and his army reach the Howling Citadel, and after defeating a chaos-corrupted Boyar and his forces guarding the citadel's entrance, Yuri enters a portal to the Realm of Chaos. After emerging from the portal, Yuri finds the imprisoned Ursun, and is greeted by Be'lakor , the first of the Daemon Princes. The Chaos Gods answer his plea and ascend him into a Daemon Prince. After the events of the prologue, Be'lakor has imprisoned Ursun in the Forge of Souls, located within the Realm of Chaos. Despising the Chaos Gods for taking away his power and physical form, Be'lakor plans to use Ursun's power to take his revenge. Ursun's pained roars have torn the fabric between the material world and the Realm of Chaos, creating a maelstrom that has stranded daemons in the mortal plane. A character known as the Advisor has been enslaved by a corrupted book known as the Tome of Fates, bearing a curse of the Chaos God Tzeentch, Lord of Sorcery. Knowing that he himself cannot traverse the dangerous Realm of Chaos, he goes to several factions to ally with in order to complete his goal. The rulers of Kislev wish to free their god and put an end to their eternal winter. 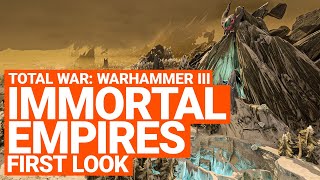 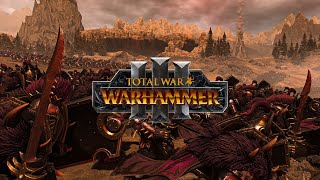 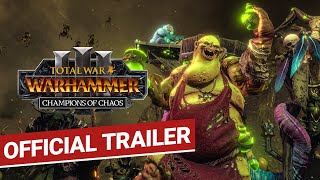 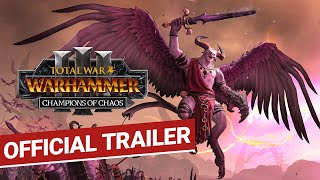 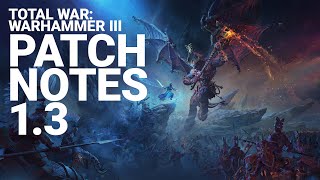 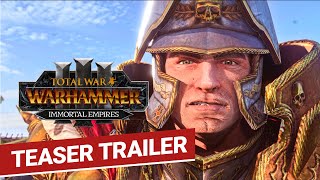