Backlog
The diorama is set in various locations, such as a child's bedroom, library and lounge, and objects such as dressers and reading lamps are at times visible in the background.
First Release October 21, 2021
Last Release August 5, 2022
Posts Ratings Similar List ⋮

The diorama is set in various locations, such as a child's bedroom, library and lounge, and objects such as dressers and reading lamps are at times visible in the background. The game features 50 different controllable units including machine guns, mortars and tanks, with the fixed emplacements being upgradable to more powerful versions. Players can create and control numerous units from a strategic command perspective or one unit on the field from a third-person action perspective. Microsoft officials compared the game to the Battlefield game franchise and real-time strategy games, but designed to be more easily accessible. The music acquired for Toy Soldiers includes Goodbye, Dolly Gray and She May Have Seen Better Days, which play during the opening credits and main menu. The pack adds several new features: French Army skins for all units, two new units exclusive to the French Army, a French mini-campaign featuring three single-player levels and the "German K-Wagen" boss, two new multiplayer maps, a new Survival Mode map and three achievements. Toy Soldiers: Cold War features a blend of third-person action and strategy similar to the original Toy Soldiers. Game Informer writer Matt Miller said, "My early glimpse of the game has me pretty stoked." Matt Casamassina of IGN wrote, "Frankly, the title is a lot of fun, inventive and polished. The style is great and the blend of fantasy with authenticity drives home the theme that despite all the carnage, these battles aren't real." GameZone writer Dakota Grabowski gave the game an 8/10, saying "Toy Soldiers is a brilliant way to kick start Microsoft's concentration on Xbox Live Arcade titles for the month of March. On February 11, 2011, Toy Soldiers was nominated for Strategy/Simulation Game Of The Year from The Academy of Interactive Arts & Sciences against StarCraft II: Wings of Liberty, Warhammer 40,000: Dawn of War II – Chaos Rising, Civilization V and Supreme Commander 2. As of year-end 2010, Toy Soldiers has moved more than 471,000 units, with its downloadable content selling in excess of 66,000 units collectively.Toy Soldiers was noted as the top selling Xbox LIVE Arcade game title of 2010. 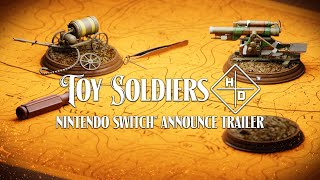 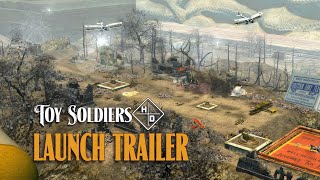 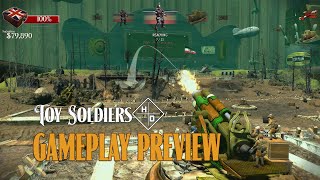 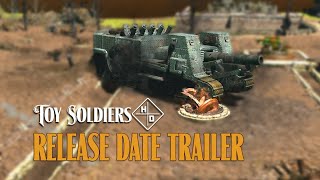