For the first time, Train Sim World allows players to walk around the game world in first-person mode. In addition to the Brighton to Eastbourne route, there is a branch route between Lewes and Seaford. While the route is not new, it has been updated for PC and now also available on the confirmed console operating systems PlayStation 4 and Xbox One with major optimization to the consoles. The Deluxe Edition also includes East Coastway as a Preserved Collection route. The Preserved Collection allows players to import their previously owned Train Sim World and Train Sim World 2020 bundled routes and DLC into the new game. While previously stating that trains in the Preserved Collection would not be compatible with the livery editor, Dovetail Games announced on their 10 November 2020 Roadmap that compatibility was in production. There were originally plans to bring Unreal Engine 4-based editing tools to Train Sim World. In a September 2018 studio update, it was revealed that the tools would be the same as that used by Dovetail Games to create content, allowing users to create routes, locomotives, wagons, coaches, scenarios and services. 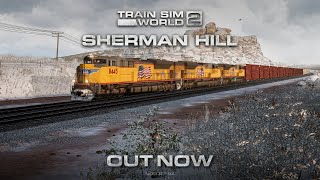