As of October 31, 2000 the series has sold 5 million copies. Seven of the games were re-released as part of the Sony Greatest Hits program. In concept, Twisted Metal is a demolition derby that permits the usage of ballistic projectiles, machine guns, mines, and other types of weapons . In almost all of the games, the host is a man called "Calypso"; however, in the series' fourth installment, perennial contestant Sweet Tooth briefly takes over. The hosts of these games are the persons who are, through arcane means, capable of warping reality itself to grant the wish of the contest winner; however, there is a general "be careful what you wish for" theme in the game series, as nearly all of the winning contestants end up with "not-so-happy" endings, due to the skill and proclivity of the hosts for twisting the words of their wish around—often to deadly effect. An IBM PC version of Twisted Metal 2 exists. The Twisted Metal titles developed by 989 Studios were fundamentally different, due in no small part to the fact that SingleTrac owned the engine used in the first two titles and so an entirely new engine had to be built from scratch for the non-SingleTrac-developed entries. 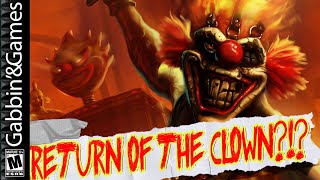