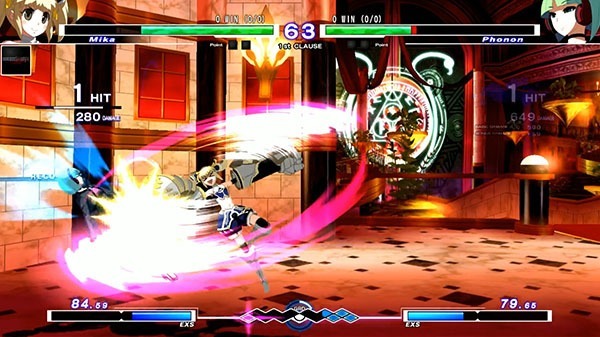 Following PQubeâ€™s announcement for Europe this morning, Aksys Games has announced that it will release for PlayStation 4, PlayStation 3, and PS Vita in North America day and date with Europe on February 9, 2018. The French-Bread-developed fighting game will be playable at PlayStation Experience 2017 in Anaheim, California from December 9 to 10.

They are releasing this awfully close to the new DBZ fighting game. I wonder what they are thinking? This game looks good but compared to DBZ they are in some trouble.
Read More @ gematsu.com Rate how you feel this post affects Under Night In-Birth Exe:Late to change it score. GameSense.co lets you change video game scores by reacting to how you feel posts affect a game.