After the transplant, Linh keeps encountering unexplainable incidents and dreaming about a strange house located in the countryside of Da Lat. 49 days later, she sleepwalks to the grave of Phuong at an isolated area, where she meets Tam who is Phuong's husband. Tam brings Linh back to his house while waiting for Son to pick Linh up after informing him, Linh comes to realize this is the house which she has kept dreaming about. Son comes to pick Linh up, in the midst of talking, it is revealed that the heart which had been transplanted for Linh is from Phuong - Ms. Le gets emotional, therefore she invites both of them to stay at their house to join her late daughter's 49-day ceremony. Many weird and supernatural incidents begin to happen since they have decided to stay, Linh has more sleepwalking incidents, while Son keeps being haunted, as well as there seems to be a soul or ghost trying to warn Linh something, to the point Linh is unable to leave that house as her heart will stop beating once she does it. Finally, after being heavily haunted, Son can't take it anymore and confesses that he caused the accident that killed Phuong in the middle of the street, however, he was in a rush to the hospital. However, the body found by the police was heavily crushed, unable to identify, later Tam confirmed it was Phuong then took her body back home for the funeral. Cu Hu discovers that Linh's blood type to be O, therefore she couldn't be able to get transplant by Phuong whose blood type is AB. Right after knowing that Hong is missing, Cu Hu drives Linh to the flower farm where Tam is working a night shift. Linh has intuition so she insists Tam to drive her back to the abandoned house on Ma Ta Hill, which turns out Phuong is still alive and has been locked inside for months. Phuong says Hong is Tam's mistress and they had much debt due to their failed business. Knowing Tam wouldn't divorce Phuong and leave her deal with all the debts alone, Hong had secretly texted and told Phuong to go to the abandoned house on Ma Ta Hill in order to know the truth about her husband. As she was about to get close to the outskirt of the wood, Phuong got hit by Son while carelessly crossing the road. 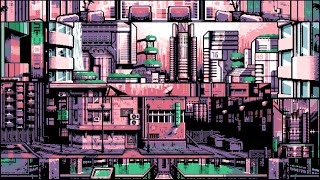