Voice of Cards: The Isle Dragon Roars is a 2021 role-playing video game developed by Alim and published by Square Enix for PlayStation 4, Nintendo Switch and Microsoft Windows. Using the aesthetic of a tabletop role-playing game, the player controls a party of adventurers in the wake of a legendary dragon's reappearance, exploring the world The game staff included several veterans of the Drakengard series and its spin-off Nier, including creative director Yoko Taro, executive producer Yosuke Saito, composer Keiichi Okabe, and artist Kimihiko Fujisaka. The game was initially pitched by Yoko and Fujisaka as a social game for mobiles, but Saito turned it into a console title. Voice of Cards: The Isle Dragon Roars is a role-playing video game in which players take control of a party of characters, navigating a fantasy world fulfilling quests. Crystals generated one per turn are used to trigger special abilities, some of which also rely on dice rolls for their effectiveness. The storyline follows a group of adventurers who travel across the game's world as a dragon reappears threatening to destroy the world, crossing paths with other characters including the Ivory Order. Voice of Cards was developed by Alim, a company who had previously worked mobile projects, including Final Fantasy Brave Exvius with publisher Square Enix. The project was proposed by Yoko and Fujisaka, with Yoko originally pitching it as a mobile social game. According to Saito, production took place during and between Nier Reincarnation and the remastered version of Nier: Replicant, taking much longer than was initially planned. Production was also challenging for Alim as it was the company's first console project, and being developed for three consoles at once. When Yoko gave the game pitch to Alim, he described it as a normal RPG design with analogue expression through cards. Yoko also said that the game's limited budget played a part in the decision. The gamemaster was voiced by Todd Haberkorn in English and Hiroki Yasumoto in Japanese. While using a tabletop aesthetic, it was designed as a standard RPG. 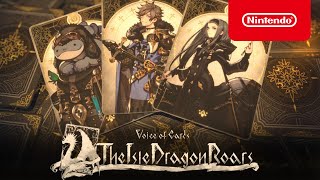 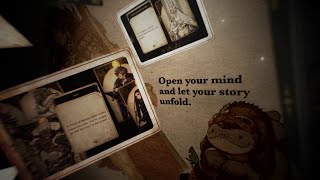 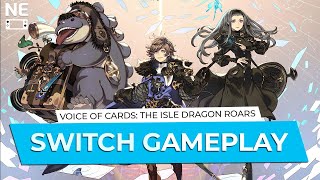 User Posts For: Voice of Cards: The Isle Dragon Roars