1
Backlog
The street ends at a circle where an off-ramp from Virginia State Highway 28 joins from the opposite direction.
First Release November 27, 2020
Last Release December 1, 2022
Posts Ratings Similar List ⋮

The street ends at a circle where an off-ramp from Virginia State Highway 28 joins from the opposite direction. In 2011, employees of Orbital Sciences—later acquired by Northrop—asked the Loudoun County Board of Supervisors to rename their street after the warp drive that allows ships in the Star Trek universe to travel faster than light. On either side of Atlantic at the intersection are office buildings surrounded by parking lots, all facilities of Northrop Grumman Innovation Systems, with some newer residential subdivisions to the southeast and, across the Cabin Branch of Broad Run, the east. The northwest corner of the intersection, and the entire north side of Warp Drive, is a large undeveloped parcel. From the intersection, the street runs 300 ft west, divided by a grass median strip, to a small traffic circle that gives access to driveways into Orbital's facilities on the north and south. On the west side is the end of a one-way offramp that gives access to Warp from Sully Road , roughly 500 feet to the west. Orbital Sciences Corporation was founded in 1982 to provide rocket engines and parts to aerospace and defense customers public and private. In 1993 it moved into its current complex in Sterling. At that time the short street where Orbital was located was known as Steeplechase Drive. In 2011 the company's executives, who were fans of Star Trek, asked the Loudoun County Board of Supervisors to formally rename the street Warp Drive, after the faster-than-light "warp drive" propulsion technology used by the franchise's starships. At the last meeting of the year, the board voted unanimously to grant the request. Officially, the county said the change was made to "improve the identity and to better integrate the Orbital campus." But supervisors were less formal when discussing the issue, which had originally been on a consent agenda. In the end the vote was unanimous. "What more uplifting motion could there possibly be than something that will literally make law out of a Star Trek joke?" concluded Miller. "It's a great idea. I look forward to driving on Warp Drive myself." Orbital agreed to reimburse the county for the approximately $500 it would cost to replace the street sign. The online Ashburn Patch noted how the name change reflected the changes to Loudoun County in the past two decades. 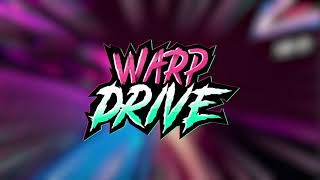