The Xenosaga series serves as a spiritual successor to the game Xenogears, which was released in February 1998 for the PlayStation by Square. The first game in the trilogy, Episode I: Der Wille zur Macht was released in February 2002 in Japan, and in February 2003 in North America. However, the original Zohar's power still far surpasses the energy output of any known emulator, despite the fact that one of the emulators caused the disappearance of the planet Ariadne. As a result, the Ormus society and the Galaxy Federation attempt to find the Original Zohar that was sealed away on Miltia at the end of the Miltian Conflict. Meanwhile, Vector Industries, the largest corporation in existence and the primary arms manufacturer for the Galaxy Federation, is currently researching new ways to use nanotechnology to build an unstoppable anti-Gnosis battle android, code-named KOS-MOS. The Gnosis take a back seat for Episode II and instead, the main plot focuses on the search for the Zohar, which culminates in a crisis at the location of Old Miltia. 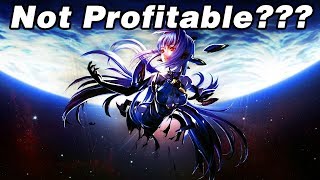